Lots of new stuff going on around here. We finally finished our chicken coop. Ok, BLAINE finished the chicken coop. And then we tried to move it into the garage. Whoa. That thing is heavy. We got it about 10 feet and literally gave up because we couldn’t lift it enough to carry it over the grass. Yikes. We’ll figure it out somehow. Other than that, the chickens are out in a covered pen all day and in the bathroom at night until the coop is done. Those little chickens can make quite a mess in one night if they get out of the bin we are using as their home. Not cool. Really gross, actually.More new stuff? We adopted a new rat. Found her on craigslist. Someone dropped her off at a pet store so a girl that worked there took her in and was trying to find her a home. She’s a sweetheart, but doesn’t love being handled at first. And boy, she’s a chub. I’ve given her a couple days to herself in her new cage and will start playing with her more soon. Photos to come of that cute lady.

Oh just one more little thing…. We got a new car! A 2007 Mitsubishi Outlander. We got a great deal, it gets awesome mileage for being a crossover and it’s just plain amazing. I love it. Plus, the radio/AC control area on the dash kind of reminds me of a transformer so that’s cool too. Blaine is already making plans to change the wheels, tint the windows and add roof racks. That guy cannot just leave a car alone. No complaints here, though. He was the one who took it seriously when I found it and decided to call the dealership to start working a deal. I was a little hesitant at first, but I’m kind of in love and just want to drive it all day. 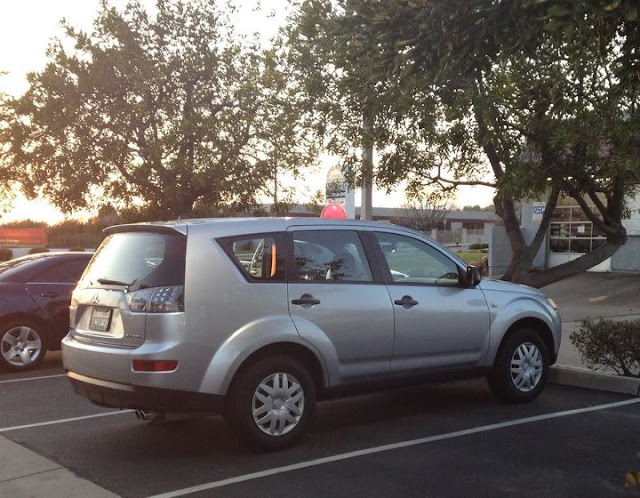 That’s all for now. Toodles!