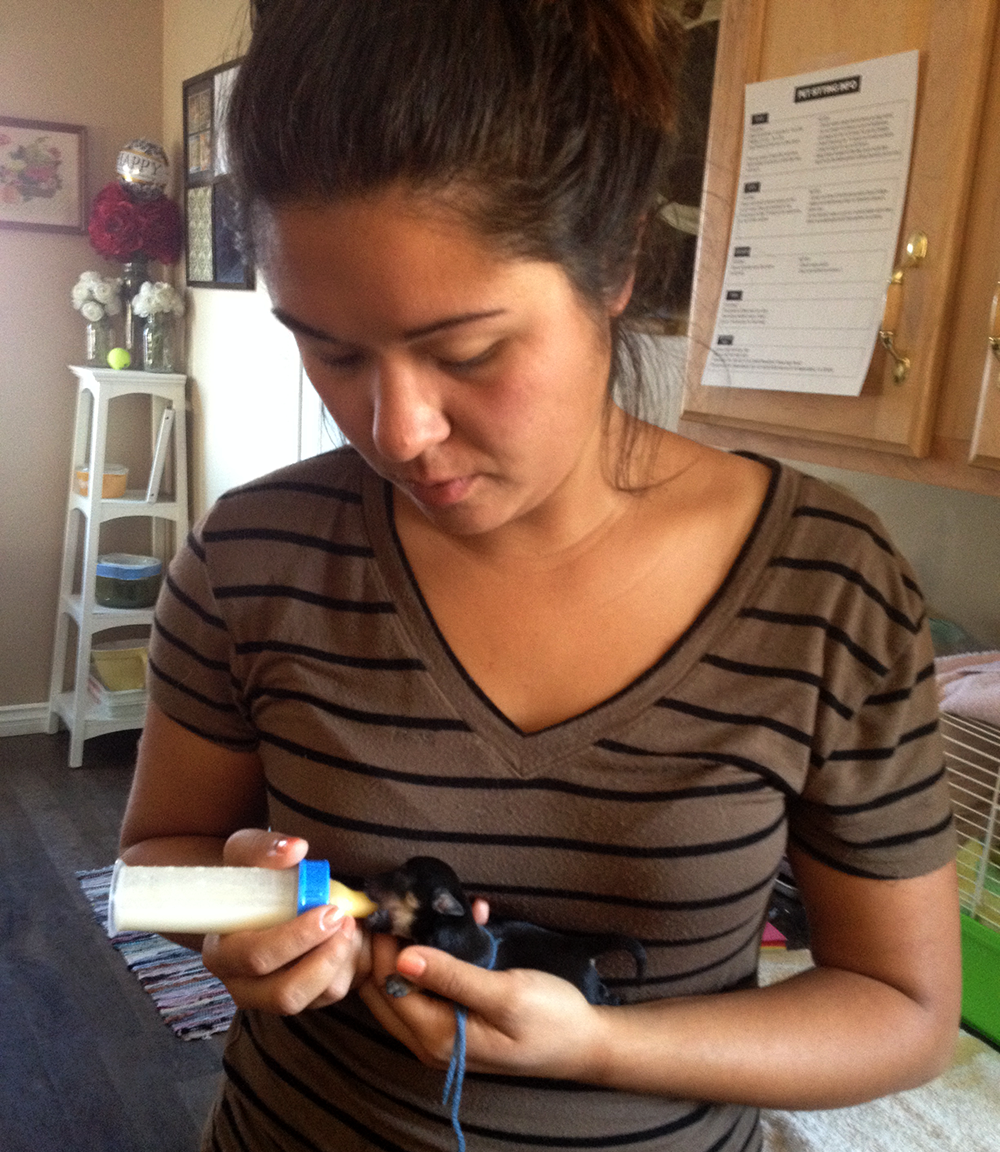 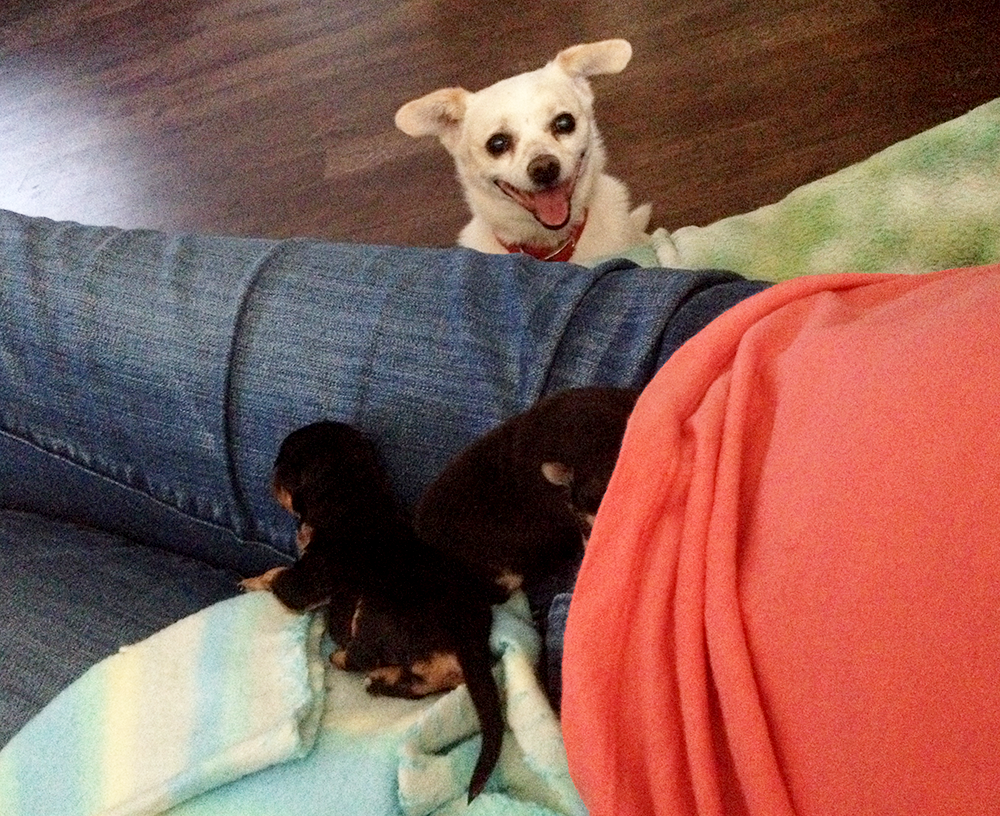 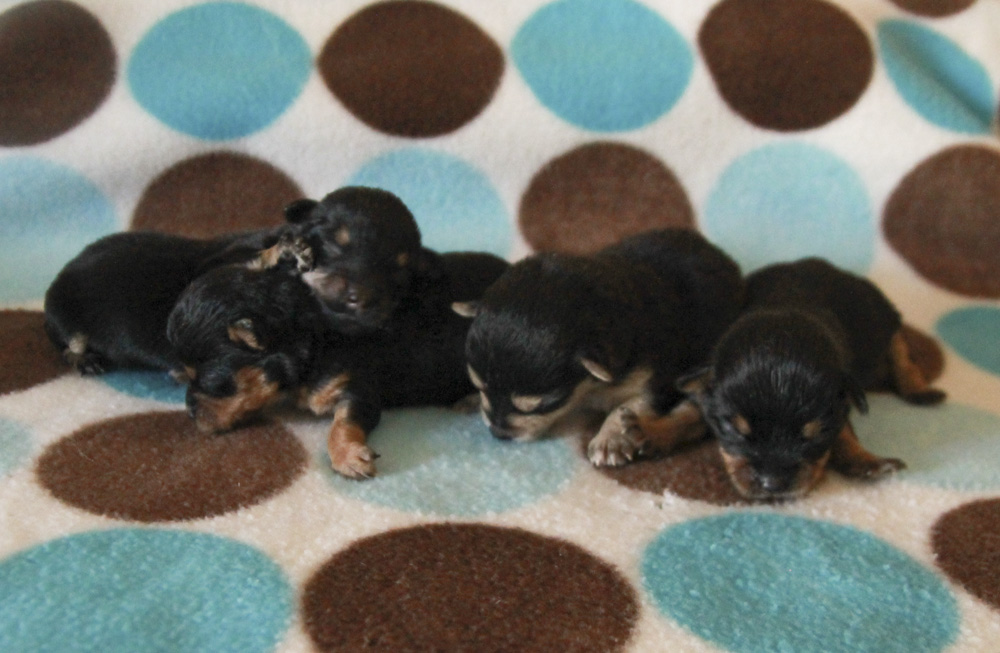 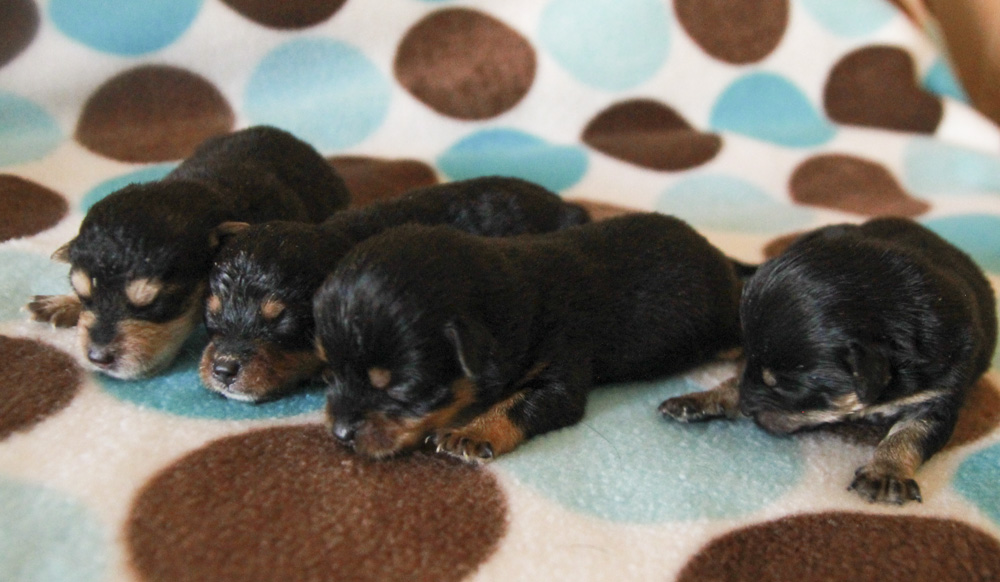 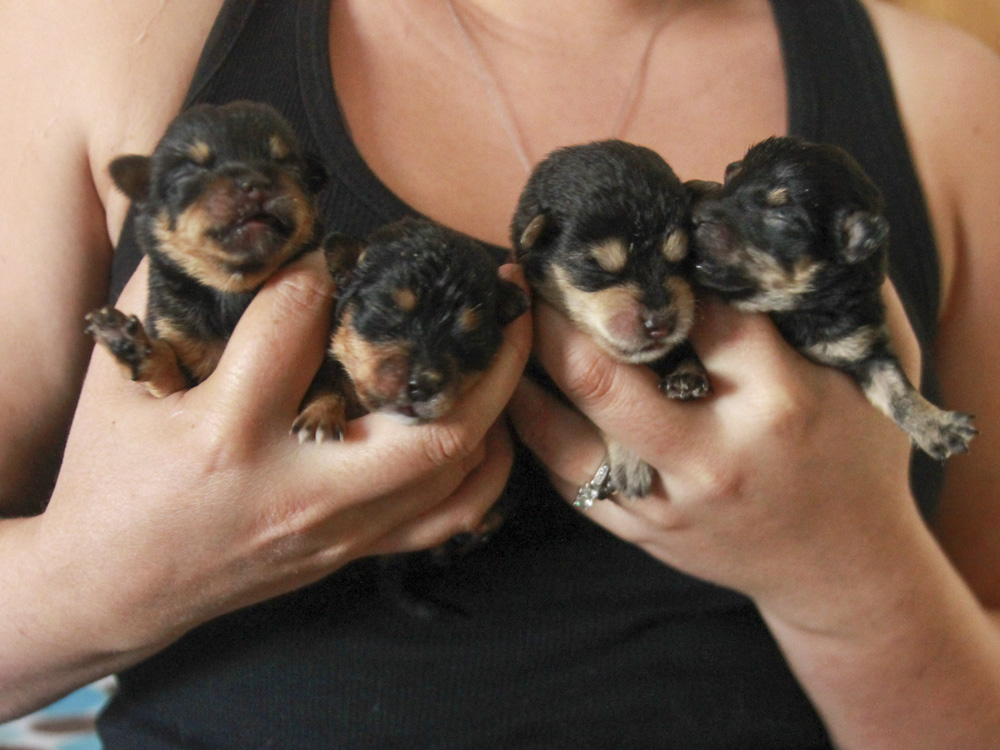 Meet my newest foster pups: Huntington, Catalina, Venice & Malibu. They are four Yorkie puppies who came to the rescue at just 5 days old. Mom got sick and was stuck in the vet after giving birth and moms owner couldn’t handle the puppies on top of her sick dog. Aren’t they just precious?

First, hats off to moms who get up with your babies all through the night. The first few days they had to be fed every two hours which meant I got about 1 hour of sleep at a time. I’m still struggling a bit, but now that they’re 12 days old I’ve slowly been able to push feedings to every three hours and sometimes four at night.

At the beginning of last week Huntington, the only little boy, stopped eating. After about 12 hours of I got really concerned and took him to the vet. He had a minor case of colitis (colon infection) and was very dehydrated. He was prescribed some medicine and fluids under the skin twice a day. This meant I had to give him a shot of fluids on my own, at home twice a day. The first few times left me almost in tears because I wasn’t doing it right. I finally have it down, but am weaning him off them slowly to make sure he’s good without them. Within less than a day he started eating again and has been doing great ever since!

I usually don’t do a post on my foster pups until after they’ve gone so I can cover the whole story. But since these babies will be with me until at least 8 weeks, that puts us at end of August/beginning of September so I thought I’d blog through them growing up. I’m excited to watch them grow into real puppies that can play and function properly!